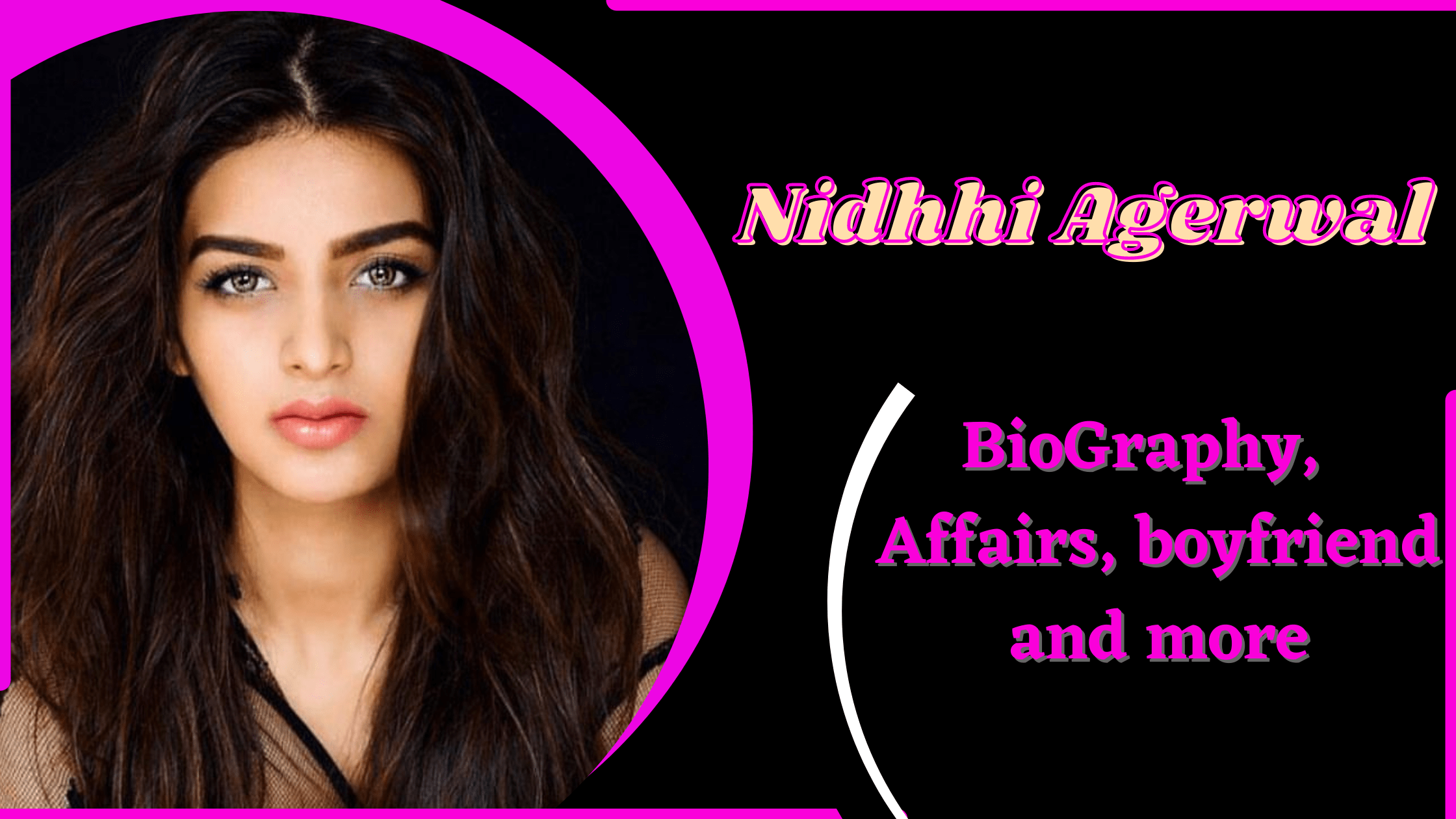 Nidhhi Agerwal is a renowned Indian actress and dancer known for her commendable performances in Tamil and Telugu language films. She started her acting career with the Bollywood film Munna Michael, and she made her Telugu debut with Savyasachi (2018). Apart from this, she made his Tamil debut with the film Easwaran.

She was a Yamaha Fascino Miss Diva 2014 finalist, and she received Zee Cine Award for Best Female Debut.

Nidhhi Agerwal was born on 17 August 1993 in Hyderabad. He belongs to the Hindi-speaking Marwari Hindu family.

She is the daughter of Rajesh Agarwal and Indu Agarwal. And she also has a sister but her name is not known. She is 29 years old in 2022.

She completed her schooling at Debipur Milan Vidyapeeth. She then joined Christ University, Bangalore to pursue her graduation in Business Management. She was always a good student in her studies. In an interview with Vicky Lalwani in Spotboye, she said, “I was a good student, I study week before exams but ya I was pretty good, but I was not very interested in studies.”

She can understand and speak five different languages namely Telugu, Tamil, Kannada, English, and Hindi. She learned belly dance for seven years and she was properly trained. She has also trained in Ballet and Kathak.

Nidhhi always wanted to become an actress, so in 2016 she moved to Mumbai to fulfill her dream. She modeled in Bangalore for three months before coming to Mumbai. After settling down in Mumbai she joined an acting workshop and auditioned for hardly 2 or 3 films before getting a good project as Munna Michael. she was selected from among 300 candidates. And director Sabbir Khan confirmed that Aggarwal was signed with Tiger Shroff as the lead in his film Munna Michael.

But this film has failed to touch the heart of the audience. But Nidhhi was highly praised for her acting and dancing. And this film gave him recognition in the entertainment industry. And then she made her foray into the South Indian film industries with the film Savyasachi, followed by several Telugu and Tamil language films like Mr. Majnu, iSmart Shankar, Easwaran, and Bhoomi. iSmart was one such movie hit that brought him recognition across India and made his career steady. and she got good fun followers on social media.

From time to time many rumors of Nidhi’s marriage and dating spread. So let’s know with whom the rumor spread and how much truth is there in this rumor.

When Nidhhi made her debut in the Hindi film industry with ‘Munna Michael’, it was gossip that she was not alone. News spread that Nidhhi Agerwal is dating a famous Indian cricketer KL Rahul as the two were seen having dinner together at a popular cafe in Mumbai. And the actress also made a special video message for Rahul. So people assumed that they were dating each other. But when the news of their relationship came out loud, she cleared the doubts about her relationship with KL Rahul and she said, “It’s just friendship, nothing more than that. We are good friends and we will continue the friendship.”

Ever since Simbu and Nidhhi acted together, it is rumored that Nidhhi Agerwal is soon getting married to actor Tamil star Simbu. The two have been in a live-in relationship for some time now and are reportedly planning to take vows soon. However, Nidhhi has denied these reports.

“We don’t know how it all started but there is no truth to this. They know each other from the shooting of Easwaran. That’s it,” said the source to entertainment website Pinkvilla.

In 2019, Nisha Agarwal was spotted with a good friend Harshvardhan Kapoor outside a famous restaurant in the city. Nidhhi and Harshvardhan have been seen spending a lot of time with each other and it seems that they are dating each other. but we didn’t get clarity on this.

She loves to play the piano, in a Pinkvilla show she said that it is her secret hobby. additionally, she loves dancing, painting, and playing tennis. and is also fond of horse riding.

The actors listed in Nidhi’s Favorite Actor list are Leonardo DiCaprio, Ranbir Kapoor, and Shah Rukh Khan. And Deepika Padukone and Alia Bhatt are her favorite actresses. And her favorite food is Idli